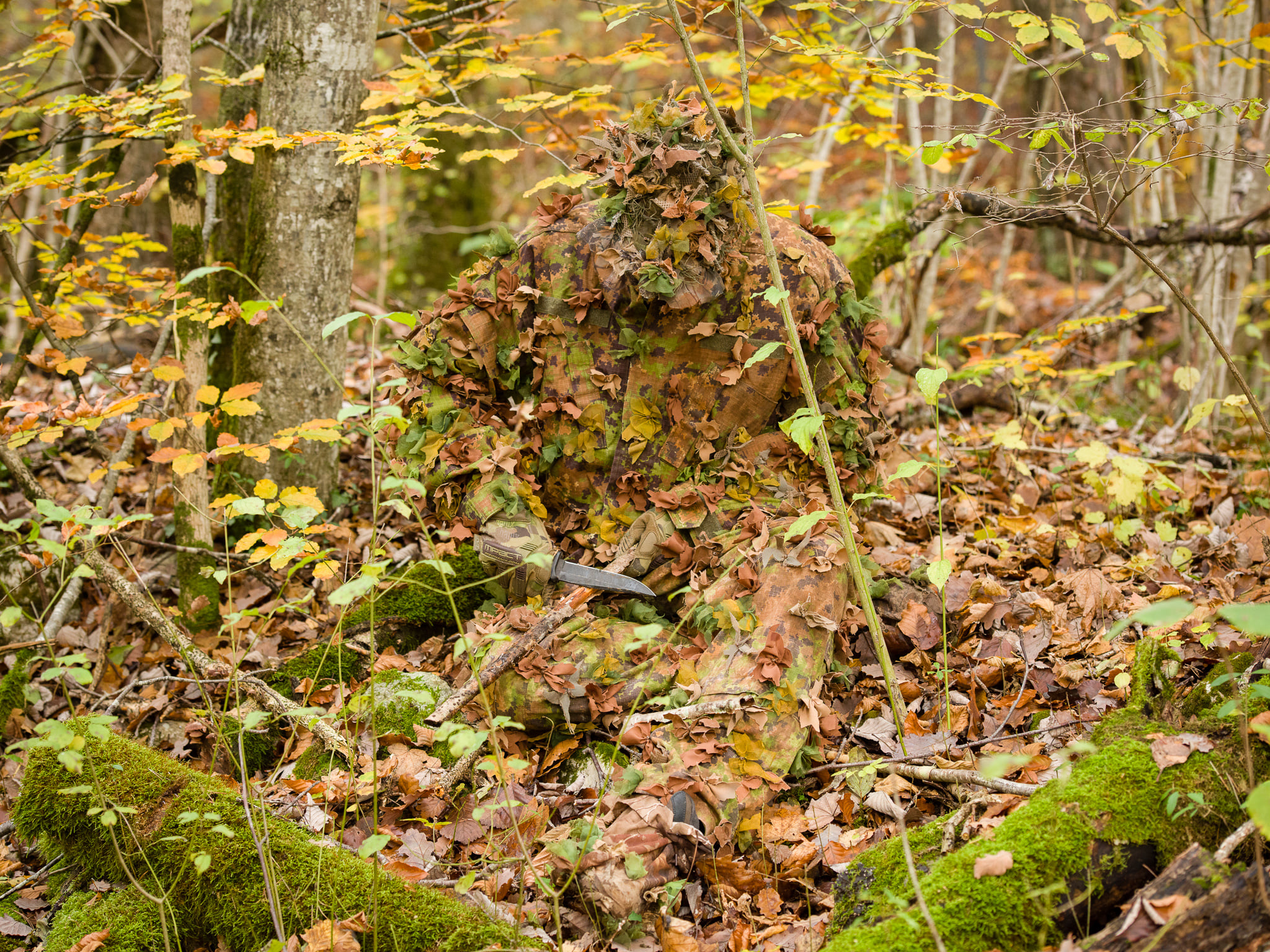 We consider a ghillie suit is made of three things; first a base layer (the clothing per se), secondly the means by which 3d elements are attached and thirdly the 3d garnish.

From a chronological perspective the evolution of ghillie suits has seen four major generations. The first generation goes back to the 19th Century with Scottish game wardens hiding in order to intercept poachers.

Although there are some exceptions, generally the main characteristics of Gen1 are:

In the late 1990s a new generation of ghillies appeared on the American market, mainly for hunting purposes. This is where I have seen the term “3d camouflage” for the first time. The second generation of ghillies was a breakthrough as it addressed the flaws of Gen1. Less bulky, lighter and more suited for woodland, the Gen2 systems consisted of a synthetic 2d camouflage material that was cut into long garlands with a zig-zag shape. The garlands where then sewn to a mosquito netting base layer. Most of the zig-zag 2d is free floating an induces shade and volume thus being a 3d camo. Such industrial solutions improved convenience but were not optimal from a camo performance point of view.

To sum up the main characteristics of a Gen2 ghillie are:

The first decade of the new millennium was the era of military grade evolutions of the second generation. The military camouflage industry began offering layers of 3d camouflage materials made to meet professional requirements such as multispectral performance, fire resistance and water repellency. Gen3 ghillies are similar to Gen2s when it comes to sewing the 2d material to the base layer. They differ from Gen2 because their 3d elements are made of mil-grade 3d camouflage netting materials (leaf nets or others) instead of 2d designs.

From 2005 to 2010, The Covert Sartorialist tested most of the systems available on the market but could not find what was needed (a convenient and performant ghillie) as none of the first three generations of ghillies met my expectations so I came up with my own solution. The goal was to empower the pattern composer by providing modular 3d elements and zip-ties to fix 3d to base layers. For the first time it was possible to attach a palette of modular realistic signatures (reflectance and colorimetrics wise) at one’s own choice without sewing, glue or knots and in a non-snag manner. Gen4 ghillies set new standards in terms of convenience and performance. The 3d elements are not limited to interacting only with mesh. They can be attached to MOLLE, to 2d uniforms and to other objects.

The main characteristics of Gen4 ghillies are: 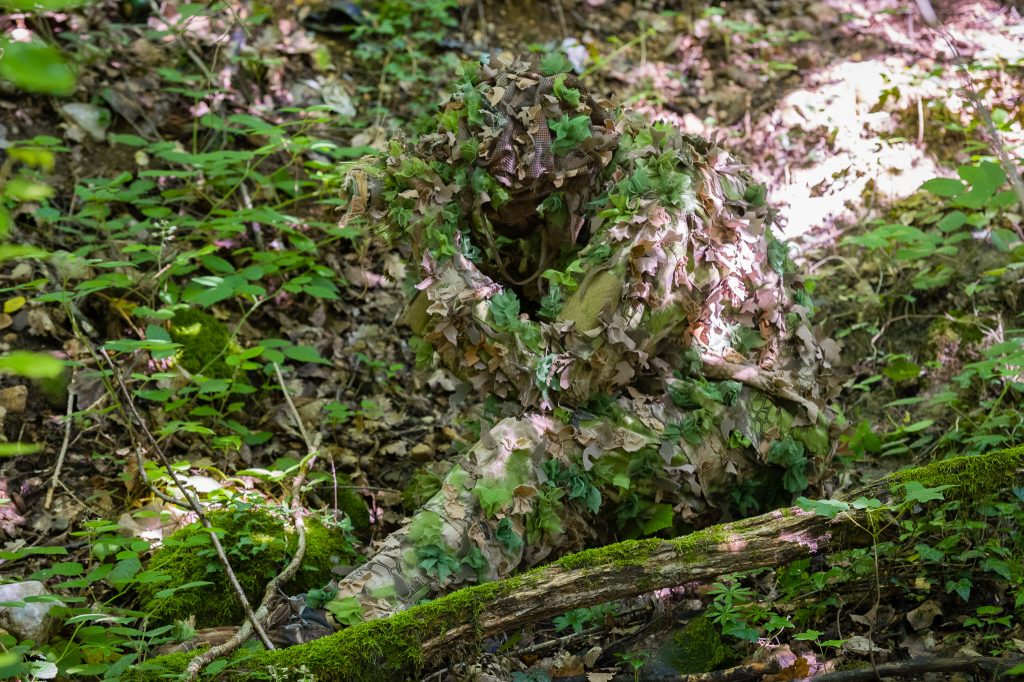 Le Covert Sartorialist is dedicated to promoting and sharing the art of crafting and field testing bespoke ghillies.

What can be done with just 50 Halo Screen modules?